So many beautiful kraata!

Well me a Hanahtu bought our selves many kraata sets. We got at least one stage to 33 of the type of kraata. With this I am only missing 50 kraata. Close but not close enough. 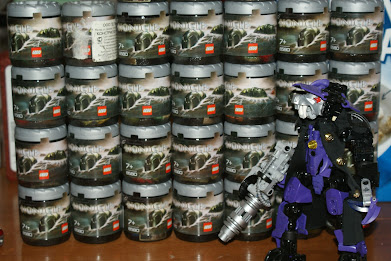 Posted by The Onvermel Report at 18:26 No comments:

So I recently ordered a Voporak set from Bricklink and today was the lucky day it came in. 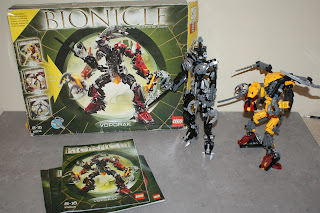 Although I didn't build the featured figure. I already had Voporak built but I did not have a Roodaka or Sentrakh. I mostly got the set for the box and instructions for Voporak as well as a Roodaka. Sentrakh was just a nice use of the last two sets. 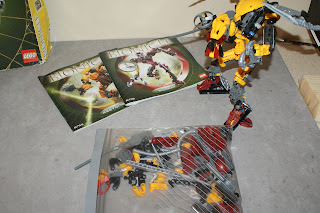 I was surprised the Sentrahk (a combiner of Sidorak and Keetongu) didn't use nearly as much parts as I would have thought. 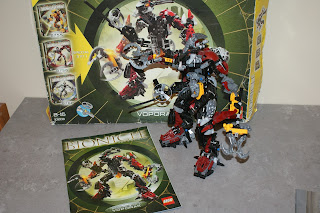 Needless to say the purchase was well worth it for the box and instructions. Voporak is one of those "sets" that I made a long time ago and kinda became a favorite of mine. Helps that I really like his build and overall look. 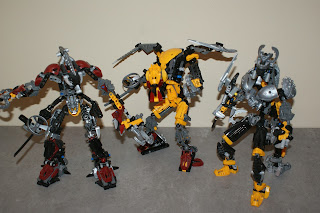 Of course we needed a group photo of the three "Titan Combo models" from 2005. The ShadowOne (far right) isn't mine as Hannahtu owns him. I do plan and building my own which may bee sooner rather than later.

One last not of interest is the condition of the three sets that comprise of Voporak. Sidorak's parts seemed slightly dusty but nice. Keetongu where virtually untouched but Roodaka had the interesting parts. Not only was her parts in great shape but bag 2 of her set was still sealed (This is her leg partion). Seemed like the original owner never actually build Voporak. Cool and weird.
Posted by The Onvermel Report at 19:24 No comments:

So we ordered three of these. Two for me one for Hanahtu. One of mine will be for a moc while the other for display. This means I am only missing one Gen 2 mask. However I can't see myslef ever  buying the Trans blue mask of water. 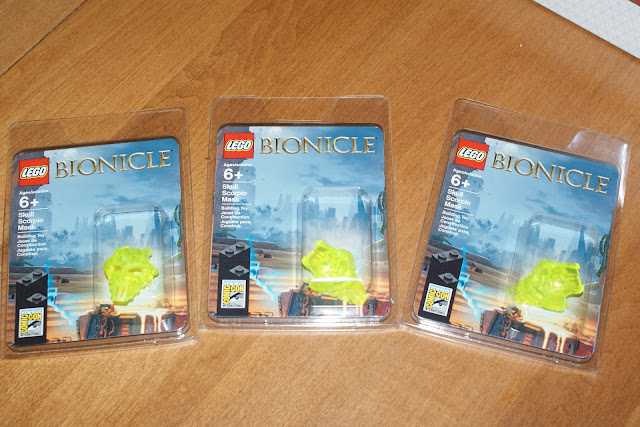 Posted by The Onvermel Report at 19:39 No comments:

So Dentar got featured on BZPower's front page. As possibly my most proud creation it feels good for him to get some recognition. I guess I can add this to his list of achievements next to his "Best Large Creation" trophy from Brickcon. 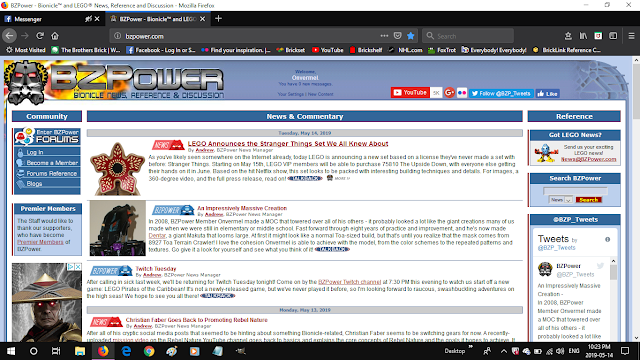 Posted by The Onvermel Report at 21:54 No comments:

Email ThisBlogThis!Share to TwitterShare to FacebookShare to Pinterest
Labels: Random 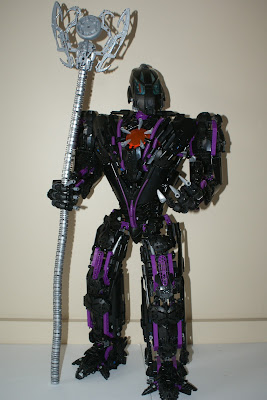 Well okay he's been don for a while, over two years to be more specific but I got lazy with pictures. I at first wanted to wait until after his first Brickcon (the same where he won "Best large Bioinicle".) 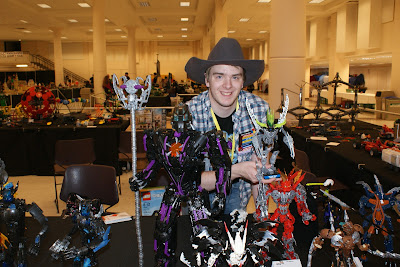 I guess after that I lost energy to take pictures. He did go to Brickcon the year after and was sitting around with his arms still off which I only just put back on which I think gave me the drive to take the pictures. 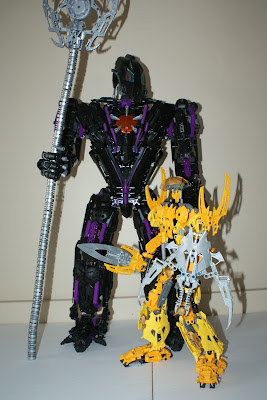 Finally a comparison of the original moc that made me want to make the updated version of Dentar. The character has a lot more backstory and history but that's a post for another time. (Or never). 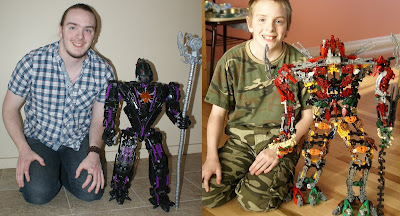 Finally more pictures can be found on Flickr here
Posted by The Onvermel Report at 13:53 No comments:

Email ThisBlogThis!Share to TwitterShare to FacebookShare to Pinterest
Labels: Mocs

First off win a new find in Value Village. 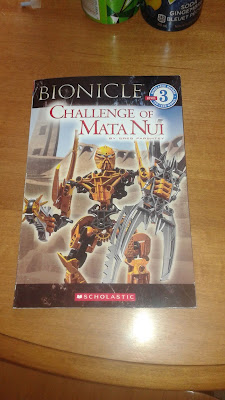 Best part of this is it completed my collection of the young reader books. Funny enough this one and "Desert of Danger" were both found at the some store. 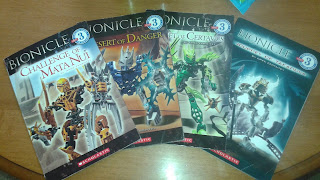 Second part of this post will go to this lovely pile of Bionicles. 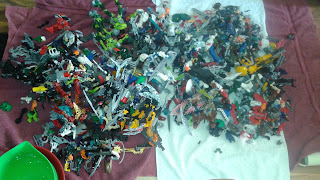 Hanahtu got this stuff from a coworker friend. More will be posted on this later.

Posted by The Onvermel Report at 09:56 No comments:

This one is mainly for the mouth movement.

Posted by The Onvermel Report at 19:40 No comments:

We are big Bionicle fan and have followed the old story and new story ever since 2001.